A Symbol is a mark, sign or word that indicates, signifies or understood as representing an idea, object, or relationship. Symbols allow people to go beyond what is known or seen by creating linkages between otherwise very different concepts and experiences. In this page we talk about Symbols | Common Symbols and their Meanings. 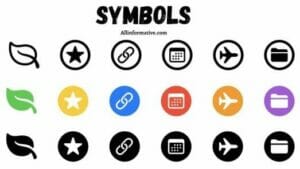 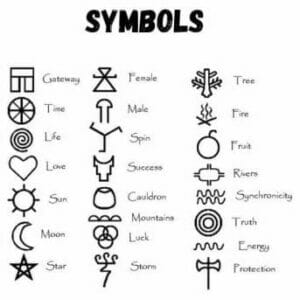 A Symbol is a visual image or sign representing an idea, deeper indicator of universal truth. Symbol is a mark sign or word that indicates, signifies or is understood as representing an idea, object or relationship. All communication and data processing achieved through use of symbols. Symbols take form of words, sounds, gestures, ideas or visual images. They used to convey other ideas and beliefs.

For example, red octagon is a common symbol for “STOP” on maps, blue lines often represent rivers; and red rose often symbolizes love and compassion. Numerals are symbols for numbers; letters of an alphabet may be symbol for certain phonemes and personal names. They are symbol representing individuals. The variable ‘x’ in a mathematical equation may symbolize position of particle in space.

Symbols allow people to go beyond what is known or seen by creating linkages between otherwise very different concepts and experiences. The academic study of symbols is semiotics. In cartography, an organized collection of symbols forms a legend for a map.

Symbols are a means of complex communication that often can have multiple levels of meaning. The Symbol are basis of all human understanding and serve as vehicles of conception for all human knowledge. Symbols facilitate understanding of world in which we live, thus serving as grounds upon which we make judgments. In this way, people use symbol not only to make sense of the world around them. But also to identify and cooperate in society through constitutive rhetoric. 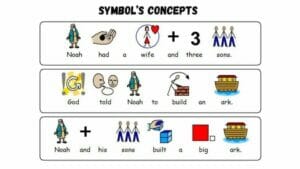 Concepts and words are symbols, just as visions, rituals and images. They are manners and customs of daily life. Through all of these transcendent reality mirrored. There are so many metaphors reflecting and implying something which, though thus variously expressed.

It is ineffable, though thus rendered multiform, remains inscrutable. Symbols hold mind to truth but are not themselves truth, hence it is delusory to borrow them. Each civilization, every age, must bring forth its own.

Human cultures use symbols to express specific ideologies and social structures. It represent aspects of their specific culture. Thus, symbols carry meanings that depend upon one’s cultural background. In other words, meaning of a symbol is not inherent in symbol itself but culturally learned. 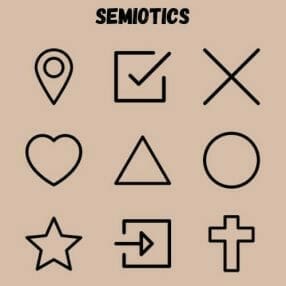 Semiotics is the study of signs, symbols and signification as communicative behavior. Semiotics studies focus on relationship of signifier and signified. It also taking into account interpretation of visual cues, body language, sound and other contextual clues.

Semiotics linked with both linguistics and psychology. Semioticians thus not only study what symbol implies but also how it got its meaning and how it functions to make meaning in society. Symbols allow human brain continuously to create meaning using sensory input. It also decode symbols through both denotation and connotation. 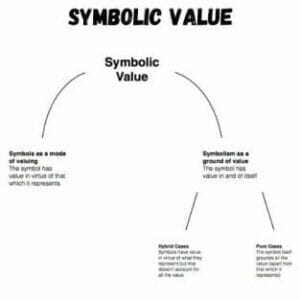 Symbols can carry symbolic value in three primary forms: Ideological, comparative and isomorphic. The Ideological symbols such as religious and state symbols convey complex sets of beliefs. Its give ideas that indicate “the right thing to do”.

Comparative symbols such as prestigious office addresses, fine art and prominent awards indicate answers to questions of “better or worse” and “superior or inferior”. Isomorphic symbols blend in with surrounding cultural environment. Such that they enable individuals and organizations to conform to their surroundings and evade social and political scrutiny. 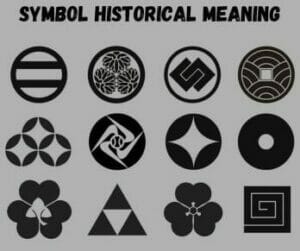 The history of a symbol is one of many factors in determining particular symbol’s apparent meaning. Consequently, symbols with emotive power carry problems analogous to false etymologies. A symbol’s meaning may modified by various factors including popular usage, history and contextual intent.

A Symbolic Action is an action that has no or little, practical effect. But symbolizes or signals, what actor wants or believes. The action conveys meaning to the viewers. Symbolic action may overlap with symbolic speech. Such as use of flag burning to express hostility or saluting flag to express patriotism.

In response to intense public criticism, businesses, organizations and governments may take symbolic actions. It take rather than or in addition to, directly addressing the identified problems.

The context of symbol may change its meaning. Similar five pointed stars might signify law enforcement officer or a member of the armed services, depending upon the uniform.

Some of the most popular symbols are:

This in-depth guide dives deep into symbols and meanings that are actually useful (for all of your graphic design needs).

Are We used Symbols in Graphic Design? 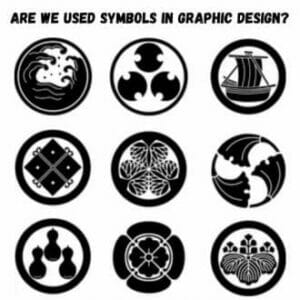 Symbols used in combination with text and images. It can make messages more meaningful and memorable than text alone. They have been use throughout the history of marketing and design.

They have the power to cross language barriers, and can help you engage with your audience on a deeper level than is possible with just words. Symbols can even be combined like words in a phrase to tell a powerful story.

Here the 10 basic shapes, lines and their meanings:

The Symbol is a visual image or sign representing an idea, deeper indicator of universal truth. Symbols allow people to go beyond what is known or seen by creating linkages between otherwise very different concepts and experiences. The Symbols are basis of all human understanding and serve as vehicles of conception for all human knowledge.

What is the meaning of a symbol?
The Symbol is a visual image or sign representing an idea, deeper indicator of universal truth.
Define Symbol Concepts in some Words?
Concepts and words are symbol, just as visions, rituals and images. They are manners and customs of daily life.
What is Called Semiotics?
Semiotics is the study of signs, symbol and signification as communicative behavior. It also taking into account interpretation of visual cues, body language, sound and other contextual clues.