A Quiz means test to your general knowledge about common and different things. Quiz refers to a short test of knowledge, typically around 10 questions in length with question formats. Often including multiple choice, fill in the blanks, true or false and short answer. In this page we talk about Eid Quiz | The Eid-ul-Fitr’s and Eid-ul-Adha History and Facts. 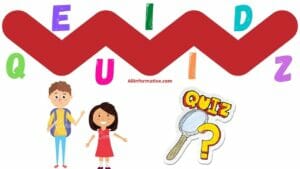 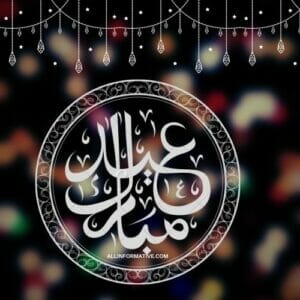 Eid ul Fitr sometimes known as Eid al Fitr also called “Festival of Breaking the Fast”. It is a religious holiday celebrated by Muslims worldwide that marks end of the month long dawn to sunset fasting of Ramadan. This religious Eid is only day in the month of Shawwal during which Muslims are not permitted to fast. The date for the start of any lunar Hijri month varies based on when new moon is sighted by local religious authorities. So, day of celebration varies by locality. The holiday is widely called Korite in West Africa.

The Muslim use of a lunar calendar means that it may fall in any season of the year. Eid ul Fitr has a particular salat that consists of two rakats. Generally performed in an open field or large hall. It may only be performed in congregation and features six additional Takbirs in Hanafi school of Sunni Islam: Three at start of the first rakat and three just before ruku in the second rakat.

Other Sunni schools usually have twelve Takbirs, similarly split in groups of seven and five. In Shia Islam, salat has six Takbirs in first rakat at  end of qira’a, before ruku and five in second. Depending on the juristic opinion of locality, this salat is either farz, mustaḥabb Mosab Jamal or mandub. Eid al-Fitr is celebrated for one to three days, depending on the country.

Eid al Fitr was originated by the Islamic prophet Muhammad. As in Islam’s other holy festival, Eid al Adha, it distinguished by performance of communal prayer at daybreak on its first day. This Eid ul Fitr is a time of official receptions and private visits. When friends greet one another, presents are given, new clothes are worn and graves of relatives are visited. 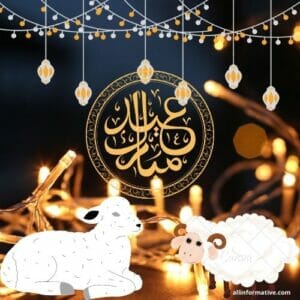 To moderate, kinship, to hurry, to seek and sacrifice. Also called Tabaski. Eid al-Adha is the latter of two Islamic holidays celebrate worldwide each year. It consider the holier of the two. It honours the willingness of Ibrahim to sacrifice his son Ismael as an act of obedience to God’s command. Before Ibrahim could sacrifice his son.

However, God provide a lamb to sacrifice instead. In commemoration of this intervention, an animal is sacrifice ritually. One third of its meat is consume by the family offering the sacrifice. While the rest is distribute to the poor and needy. Sweets and gifts are given. It extended family are typically visit and welcome.

In the Islamic lunar calendar, Eid-ul-Adha falls on the 10th day of Dhu-ul-Hijjah. It celebrate lasts for four days. In the international calendar, the dates vary from year to year. It shifting approximately 11 days earlier each year.

A Quiz means test to your general knowledge about common and different things. Quiz refers to a short test of knowledge, typically around 10 questions in length with question formats. Often including multiple choice, fill in the blanks, true or false and short answer. In this page we talk about Eid Quiz | The Eid-ul-Fitr’s and Eid-ul-Adha History and Facts.