A Tank, Bowl or other water filled enclosure in which living fish, aquatic animals and plants are kept. An Aquarium is vivarium of any size having at least one transparent side. In this page we discuss about Aquarium Fish | The Popular Aquarium Fish Overview. 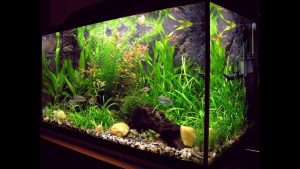 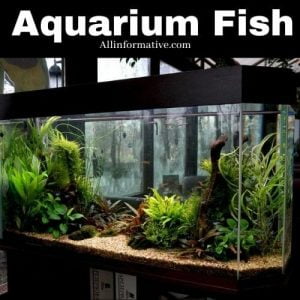 A Tank usually with glass sides or pool, bowl etc for keeping live water animals and water plants. In which aquatic plants or animals are keep and display. Fish keepers use Aquaria to keep fish, invertebrates, amphibians, aquatic reptiles such as turtles and aquatic plants. A building where such collections are exhibit.

The term “Aquarium” coined by English naturalist Philip Henry Gosse. It combines Latin root aqua meaning water with suffix arium meaning “a place for relating to”. The Aquarium principle was fully developed in 1850 by chemist Robert Warington who explain that plants added to water in container would give off enough oxygen to support animals. So long as numbers of animals did not grow too large. The Aquarium craze was launch in early Victorian England by Gosse. He created and stocked first public Aquarium at London Zoo in 1853 and published first manual “The Aquarium”.

An Unveiling of Wonders of Deep Sea in 1854. An aquarium is water fill tank in which fish swim. Small Aquarium are kept in home by hobbyists. There are large public aquariums in many cities. This kind of Aquarium is building with fish and other aquatic animals in large tanks. A large aquarium may have otters like turtles, dolphins, sharks and whales. Most aquarium tanks also have plants.

Over 12.5 million households keep freshwater fish in US. They account for largest proportion of pets owned across America and it’s no surprise that they are top choice of pet. Most of species that we will look at here are easy to care for. They bring beauty and color to your homes and they are very relaxing to watch. 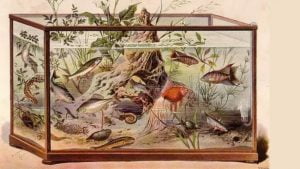 Keeping freshwater fish also has many health benefits such as reducing stress and lowering your blood pressure and heart rate. With that said, most people who start off in fish keeping hobby get hook very quickly mainly. Because fish are so beautiful to watch, many have characteristics and personalities all of their own.

Freshwater fish come in huge variety of shapes, colors and sizes. The most popular fish are usually bright, colorful and easy to care for. If you are new to fish keeping, I recommend starting slowing and adding just few fish at any one time. This will give you chance to get to know and understand how to care for each species of fish before you add another?

Make sure you always research species you want to buy to ensure you can give them time and care that they require. This article should only serve as an example of  popular types of freshwater fish rather than guide on how to care for each one.

In this article, we are going to take look at most popular species available in freshwater Aquarium industry today. Most of species that we will look at here are easy to care for beauty and color to your homes.  They are very relaxing to watch.

We give here some Popular Aquarium Fish:

A vast number of aquatic species have successfully adapted to live in freshwater aquarium. This list gives some examples of most common species found in home aquariums. We also given below description about Aquarium Fish.

Pelleted forms, some of which sink rapidly are often use for larger fish or bottom feeding species such as loaches or catfish. Some fish foods also contain additives such as hormones or beta carotene to artificially enhance the color of ornamental fish.

Prepare foods are those foods that are non living and made by aquarist or bought already prepare for consumption for fish.

Vacation foods also known as “food blocks” are design to be placed inside aquarium to forgo feeding while owner is absent. These blocks release small amounts of food as they dissolve. Food blocks can be a good choice for smaller tropical fish.

Medicated Fish Food is safe and effective method to deliver medication to fish. The parasites will get treat spot on by medicated food because fish is ingesting it.

Freeze-dried and frozen Fish foods were primarily develop for tropical and marine fish. Food is useful in providing variety to diet or specialist feeding needs of some species. These include tubifex worms, mosquito larvae, blood-worms and water fleas.

Perishable food can be preserve by frozen storage. It is often sold in blister packs or resealable packets. These can contain variety of ingredients such as blood-worms, Daphnia or brine shrimp. They are commonly use to feed such fish as Discus.

An Aquarium is place where fish and other animals that live in water are kept by humans. The Aquarium’s Fish Food is plant or animal material intend for consumption by pet fish kept in an Aquariums or ponds. An Aquarium is vivarium of any size having at least one transparent side. The most well known fresh water fishes in list is Neon Tetra, is a small, thin and easy to care fish. Fish keepers use Aquaria to keep fish, invertebrates, amphibians, aquatic reptiles such as turtles and aquatic plants.

What types of fish are in Aquariums?
Neon Tetra, Guppies, Platies, Cherry Barb, Pearl Gourami, Swordtails, Discus, Rainbow Fish, Corydoras Catfish, Goldfish, Angelfish and Catfish etc are Aquarium Fishes.
Which is most beautiful fish for aquarium?
Threadfin Butterfly fish is a centerpiece in many home aquariums. It has beautifully bold personality to match its bold colors.
Can fish love their owners?
Yes! Fish are able to recognize their owners and in some cases form an attachment.